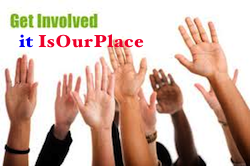 More than 50 new staff are to be employed in Dublin by computer services company LogMeIn.

The company, which provides cloud computing and mobile services, said the new staff will be recruited within the next year. Positions will relate to sales, customer support, marketing, finance and human resources.

LogMeIn said it was actively recruiting for the roles, with more than 20 employees to start in its new office within the next three months.

Minister for Enterprise and Jobs Richard Bruton said the investment fitted in with Government plans to boost employment in the area of cloud computing.

“Today’s announcement that LogMeIn, a leading company in this sector, is locating an important facility in Dublin with the planned creation of 50 jobs is a further indication of the strong growth of this sector in Ireland,” he said.

Michael Simon, chief executive of LogMeIn, said the Dublin office would be important to the company’s expansion in Europe.