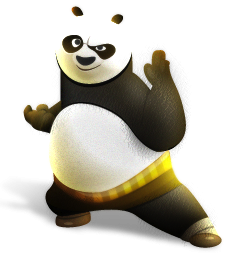 FOUR “Father Time” genes that help determine how fast we age have been uncovered by scientists.

The ageing genes are switched on or off by environmental and lifestyle factors such as diet, and may be programmed from an early age.

Knowing how the genes are altered could pave the way to new generations of anti-ageing drugs, researchers believe.

Scientists already knew that “epigenetic” changes – chemical alterations to DNA made by external factors in the environment – are important to ageing.

The new research goes some way towards solving the riddle of how and when these effects occur.

Dr Jordana Bell, from King’s College London, one of the study authors, said: “We found that epigenetic changes associate with age-related traits that have previously been used to define biological age.

“We identified many age-related epigenetic changes, but four seemed to impact the rate of healthy ageing and potential longevity and we can use these findings as potential markers of ageing.

“These results can help understand the biological mechanisms underlying healthy ageing and age-related disease, and future work will explore how environmental effects can affect these epigenetic changes.”

The scientists, whose work is reported in the online journal Public Library of Science Genetics, first looked for epigenetic changes in the DNA of 172 twins aged 32 to 80.

Twins are often used in such studies because identical pairs share exactly the same genes, making it possible to tease apart genetic and environmental effects.

If one identical twin displays very different characteristics from the other it means the cause cannot be genetic.

Further research showed that many of the epigenetic DNA alterations were also present in a group of 44 younger twins aged 22 to 61.

This suggests that while many age-related genetic changes caused by environmental factors occur throughout a person’s life, some might be triggered early on.

Professor Tim Spector, director of the Department of Twin Research at King’s College, said: “This study is the first glimpse of the potential that large twin studies have to find the key genes involved in ageing, how they can be modified by lifestyle and start to develop anti-ageing therapies.

“The future will be very exciting for age research.”

Gene experts at the Wellcome Trust Sanger Institute in Hinxton, Cambridgeshire, played a key role in the study.

Sanger scientist Dr Panos Deloukas pointed out that the research was still at an early stage.

“Our study interrogated only a fraction of sites in the genome (genetic code) that carry such epigenetic changes; these initial findings support the need for a more comprehensive scan of epigenetic variation,” he said.